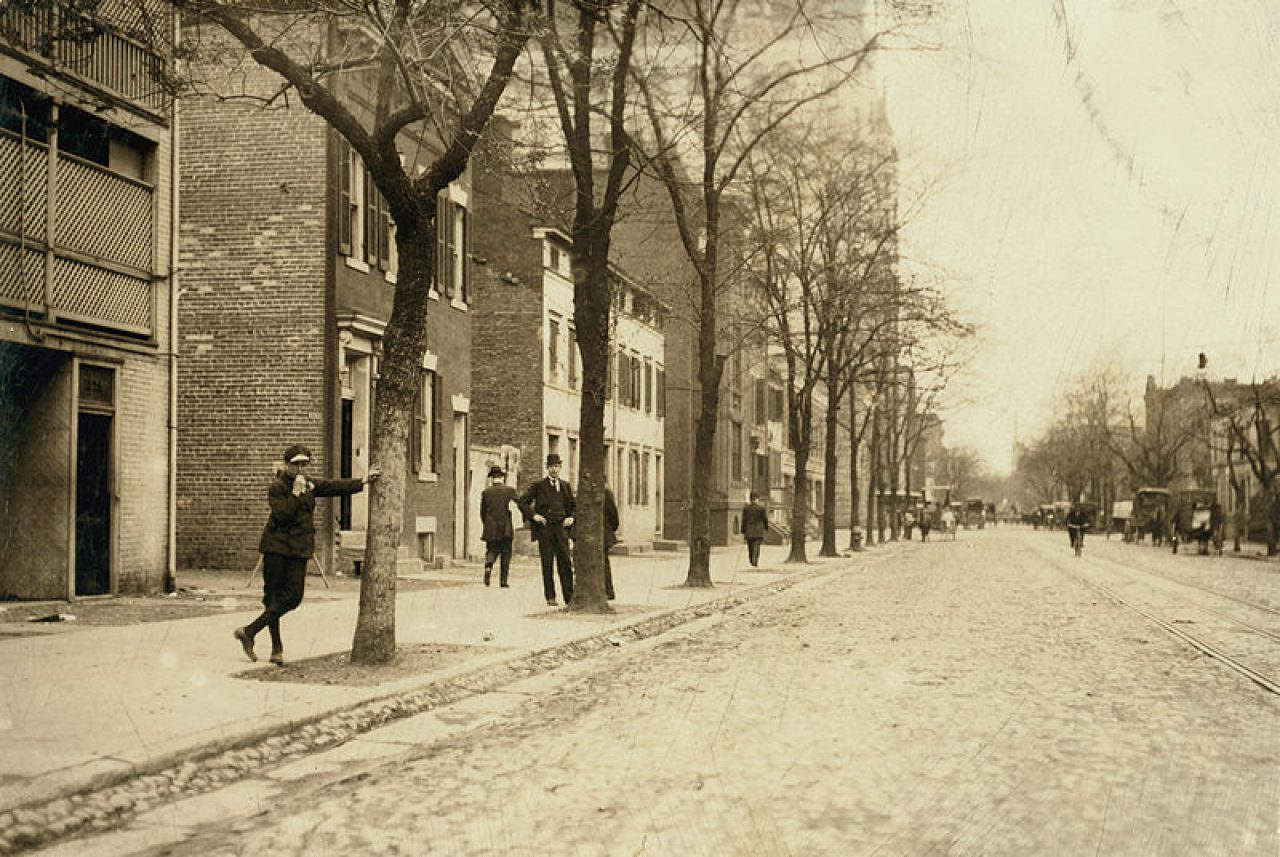 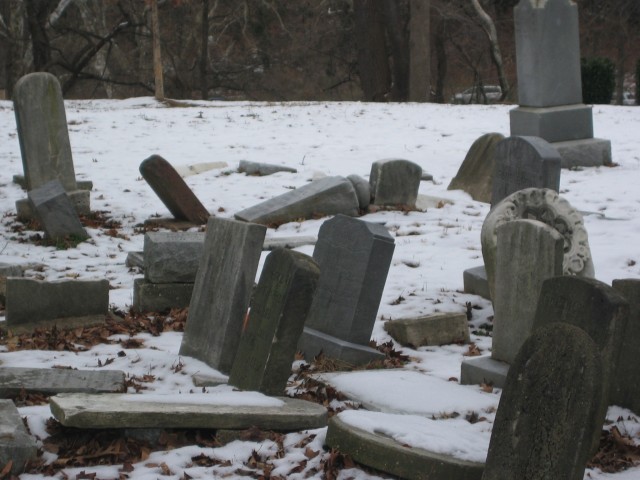 *On October 28, 2011, this story was featured on the radio version of the location, which airs monthly on WAMU 88.5’s Metro Connection.  Listen to the segment here.  This post was first published in February 2011.

After a recent depressing visit to the Mount Zion Cemetery at 27th and Q in Georgetown, I felt compelled to nominate it to DCPL’s Most Endangered Places list. To explain why, here’s what I said on my nomination form and the pictures I took of the site:

I would like to nominate the Mt. Zion Cemetery for DCPL’s Most Endangered Places list.  The site is significant to the history of Georgetown and D.C., and specifically the role of African-Americans and women in the area’s economic and cultural development.  Its current state of serious disrepair and neglect is appalling; being included on the Most Endangered Places list would hopefully increase the site’s visibility and create a movement to repair and better care for this important place.

“The Mount Zion Cemetery is a physical reminder of African American life and the evolving free black culture in the District of Columbia from the earliest days of the city to the present.  The land for the Old Methodist Episcopal Burying Ground was purchased in 1808 by the Dumbarton Street Methodist Episcopal Church. The membership of the Dumbarton Street M.E. Church was fifty percent black, consisting of both free blacks and slaves. At the time, Georgetown was about thirty percent African American. In 1816 the black members of the Dumbarton Street M.E. Church formed the Mount Zion Methodist Church. Eventually the Mount Zion Methodist Church took over the cemetery in 1879. The Female Union Band Society was a cooperative benevolent society of free black women whose members were pledged to assist one another in sickness and in death. The society was created in 1842 and purchased the land for the burial ground that year. Mt. Zion Cemetery illustrates the significant contribution of African Americans to the development of Georgetown and the work of an early benevolent society organized by black women for their own benefit. The cemetery fell into neglect and disrepair until 1976 when volunteer workers under the direction of the Afro-American Bicentennial Corporation cleared away underbrush, trash, and ground cover.” (NPS, http://www.nps.gov/nr/travel/wash/dc10.htm)  A vault located on the property was probably a stop on the Underground Railroad.

More recently, the cemetery has returned to its previous state of disrepair and neglect.  Headstones appear to have been moved and some are heaped in piles.  If the stones have not toppled over altogether, they are slanted and in danger of doing so.  Many are cracked and damaged.  Some portions of the site are overgrown with weeds and vines.  Stones that appear in recent pictures of the Cemetery have somehow disappeared, as has the sign for the site.  In its current state, it is difficult to even identify the site as a cemetery, and even more difficult to understand its historic significance.

The cemetery needs significant repair, as well as more consistent attention and oversight.  A fence and a permanent plaque would help visitors identify and understand the site’s historic relevance.  Repair of the headstones, and cleaning of the grounds would restore the site to a respectful and meaningful space. Cataloging of the stones would help descendants connect to the lives of their forebears.  A custodian who could regularly supervise the property would be necessary to keep it from falling back into disrepair.  My hope is that a listing on DCPL’s Most Endangered Places list would bring the Mt. Zion Cemetery the attention it needs to raise the money and awareness to accomplish these changes.

Check out the slideshow of what I recently saw during my visit to the cemetery: